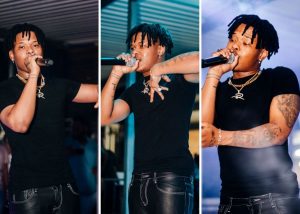 Normal activities seem to be picking up in the South African music as Def Jam Signee Nasty C readies to resume Stage Show.

In a tweet yesterday 12 November 2020, Def Jam Africa announced that Nasty C will be performing music from his recently released “Zulu Man With Some Power” album. That body of work elicited mixed reviews at the time of release but still popped on the number one position as the most streamed song on Audiomack.